What Value Can AI Create in Critical Infrastructure Protection?

Critical Infrastructure Protection (CIP) refers to the responses that government or enterprises make to serious incidents covering agriculture, water supply, finance, transportation, emergency supplies and many other sectors which are essential to a country’s economy and stability. According to a recent report from Marketsandmarkets, the global CIP market is expected to grow from 110.41 billion USD in 2017 to 153.16 billion USD by 2022, at a Compound Annual Growth Rate of 6.8% during the period. At the same time, the energy and power sectors have dominated the market since the millennium and are very likely to witness continued growth in the foreseen future. 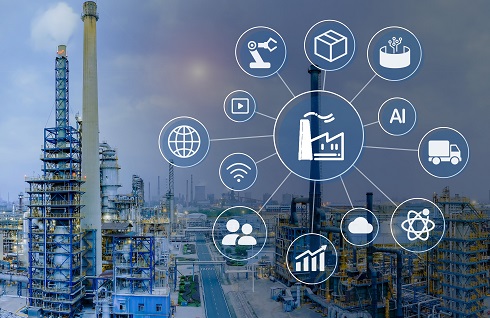 While the increase in security vulnerabilities drives the CIP market growth, the infrastructure especially energy and power industries face challenges. On one hand, some infrastructure devices such as the transformer of a power station, may break down due to technical failure and is considerably expensive to repair, not to mention the loss during downtime. On the other hand, the working environment of some critical infrastructure employees today is with high risk. The Electrical Safety Foundation International reported that an average of 133 workers die each year from live electrical wires. Unfortunately, many countries paid less attention on employee safety and even lack regulations in this area.

How to use cutting-edge scientific and technological weapons to help mankind dealing with such challenges has become a topic of concern all over the world. An assessment by the US Department of Energy in January 2017 showed that up to half of the labor force in the energy industry will retire within 5-10 years, making it inevitable for machines to “learn” to do human tasks.
Serious as the situation is, many applications with the latest AI technology have been developed and proved to be effective to solve aforementioned problems.

Traditionally, many power plants and industrial parks would choose physical defenses during construction, such as vibrating cable, infrared radiation sensors or fences. It’s not hard to imagine why there are too many deceptive alarms in this situation, since any tiny disturbances like wind, weather factors or animals will be considered invasive. As a result, the security staff might be annoyed by checking hundreds or even thousands of false alarms every day. The worst part is that they might ignore something truly threatening.

Thanks to the powerful AI technology, detected objects can be classified and irrelevant ones can be filtered out with accuracy of up to 98%. The security can set the system to alarm only when human or vehicles are detected. In this way, the security staff can focus on useful alarm information more efficiently. If the budget allows, it is recommended to use thermal cameras for perimeter protection because they will not be affected by light and the detection distance with AI chip can reach hundreds of meters. For a power plant with a perimeter of 12km, about two dozens of thermal cameras are more “economical” than two hundred sets of regular cameras.

Automatic Number Plate Recognition (ANPR) technology that replaces security kiosks has been widely used as a reliable access control at the entrance of many critical infrastructures today. Boasting an accuracy as high as 98%, further applications of ANPR include identifying and allowing special vehicles such as ambulance, police car, and firefighting truck to pass without hassle. Another application worth mentioning is Under Vehicle Scanning System (UVSS). In some cargo areas or industrial parks, the UVSS device plays a vital role in detecting suspicious goods, bombs, weapons or other illegal materials by scanning the bottom of the vehicle at the entrance. Based on AI technology, it also helps the security to check a leaving vehicle by comparing its current underside image to the image captured when it entered. Missing or added parts are considered abnormal signs.

The concept of “preventive maintenance” has been put forward for some time. It has been tested in many power plants worldwide and has achieved positive feedback. Preventive maintenance can be performed by a positioning system with both thermal lenses and optical lenses, making it suitable on certain routes to automatically inspect important equipment. Operators can set rules to diagnose different flaws such as poor connector contact, oil shortage in the line, suspicious objects on insulator, and so on. The R&D teams of monitoring system providers have been working with power industry experts to develop deeper analysis based on big data training. In addition, the surveillance systems have been integrated with SCADA system to perform simple corrective actions like closing circuit breakers and similar operations. The use of a monitoring system eliminates and optimizes regular maintenance activities as it can work around the clock.

Another novelty brought by AI is the inspection robot, which is smarter and more powerful. The robot can check equipment, take pictures or read meters according to the set program, and generate logs containing all records, accurately operating just what a regular worker would do. Indeed, the use of state-of-the-art thermal cameras and robots can certainly reduce repair time and extra costs in the long run.

In the production process, human factors are often the most easily overlooked part. Powered by AI, intelligent video analysis provides a variety of features to regulate the operation in the production process. It includes clothing inspection using a smart camera that can recognize the staff who does not follow the dress code. Smart cameras can even analyze whether the staff wear helmets and safety vests in the factory or whether they enter the factory without gloves. Those who violate the regulations will be warned, and if they broke the rules three times, they will have to retake the safety exam.

Other helpful AI features are applied in tools management and access control. AI-enabled tools management requires the staff to follow the standards and use necessary tools when on duty. For instance, before examining electrical components, the power must be turned off and insulated gloves must be used throughout the whole process. Access control on the other hand means that only qualified staff are authorized to do some special work. The face recognition system will identify the person attempting to enter and compares his/her image in the database for access permission or denial. The system will also record the ID number and arrival time of all visitors in case there is an “intruder”.

In addition to the above examples, ANPR in transportation, face recognition in banking and finance, as well as intelligent video analysis have all been proven to be a mature technology used in CIP and will continuously create value for end users. AI providers are ambitious in bringing more economic benefits from critical infrastructure protection by reducing manpower, improving maintenance efficiency, preventing catastrophic accidents, reducing theft and standardizing operations, etc. Considering what they’ve achieved, the future with AI and big data is somewhat worth expecting.