Securing Our Infrastructure: 4 Steps OEMs Need to Take in the IoT Age

Often when we think about cybersecurity, especially about the impacts of breaches, our minds turn to the consumer space where most of us have experienced slow computers, ad pop-ups from malware and, in some cases, data loss when we’ve had to completely reformat our storage drives. Recently, we have seen an uptick in hacks and high-profile breaches at major consumer-focused businesses like Facebook, LinkedIn, Yahoo and Equifax. While the recent attacks have hurt these big businesses financially, as well as damaged consumer trust, none of them have been business-ending events. 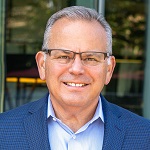 As IoT and IIoT adoption ramps up, the cybersecurity threat landscape changes from just PCs, tablets and conventional networks to all sorts of connected devices, including large, durable goods (think airplanes, automobiles and construction equipment, among others). IIoT is connecting major equipment like aircraft, automobiles and critical pieces of national infrastructure like turbines used in power generation or transformers and switches in our electricity grid. Cisco estimates that the number of devices connected to IP networks will be more than three times the global population by 2022, somewhere in the range of 30 to 50 billion, with a projected annual economic impact of $3.9 trillion to $11.1 trillion worldwide by 2025. With such economic impact, even if growth projections prove to be somewhat optimistic, cybersecurity assumes a much more critical role. If a piece of durable machinery becomes infected, the consequences pose a much greater threat to business performance and production, as well as overall safety – and could even have national security implications. As older, disconnected equipment is replaced with new, connected machinery, fears are beginning to rise about how secure this new equipment is, and what can be done to make it more impregnable from cyberattacks.

Here are three things that OEMs should focus on to enhance data security, while also fully realizing the economic benefits that IoT and IIoT promise.

In the software world, we design with security in mind and adhere to a set of well-defined and mature industry standards that allow for different parts of the technology stack to interact with each other. However, the industrial manufacturing world lacks overarching standards for IoT. Instead, in certain industry verticals, there is often competition between large players who rely on a small set of proprietary and incompatible technology standards. This, lack of common standards makes it difficult to develop end-to-end security. The manufacturing industry needs to follow the software industry’s lead and come together to define standards. Equipment is becoming increasingly complex with millions of lines of code, and the introduction of more equipment that’s designed with software in mind. OEMs need to work more closely with suppliers and industry organizations to accelerate the development of industry standards for the greater benefit of everyone.

In the manufacturing world, specifically the Operations Technology (OT) sphere, legacy operational standards like OPC and Modbus are still in use today, but were designed more than 20 years ago using old technologies like COM. They were not designed for communication over modern IP networks with multiple security layers and due to a general lack of cybersecurity sophistication, traditional OT networks have most security options disabled to simplify configuration.

By its very nature, a large open network of connected devices opens many new attack vector threats, even if individual devices may be secure when used independently. Since the weakest point in the system determines its overall security level, a comprehensive end-to-end approach is required to secure it. The lack of industry standards within the manufacturing space makes it very difficult to develop such an approach because hackers concentrate on breaching a specific element within the technology stack. To combat this, manufacturers must adopt a similar standard to what’s found within the software industry, where communication networks are completely closed and ports are only opened as needed, and comprehensive end-to-end approaches are designed. Traditional industrial component suppliers and OEMs are not well positioned to perform this task, but the industry has to improve its level of sophistication to provide end-to-end protection against all types of attack vector threats.

Increased Focus on On-Device Security, leveraging IoT strengths While network level or cloud infrastructure cybersecurity is very important, manufacturers also must realize that device-level cybersecurity is equally – or even more – important. The majority of data is still stored in the cloud, yet manufacturers must come to terms with data and information also being stored directly on devices themselves. This means a “cloud only” cybersecurity strategy won’t get the job done anymore, unfortunately.

Endpoint security solutions designed for smartphones and tablets cannot be expected to work for IoT sensors and devices, as the design of IoT devices makes this infeasible at a typical enterprise level. Manufacturers need a combination of network level security, as well as solutions tailored specifically for IoT architectures, including sensor devices. One of the biggest strengths of IoT is the sheer amount of data that devices are expected to generate, and this same strength could be used to apply machine learning models to detect anomalous malicious behavior that could compromise security.

IoT technology is one of the most exciting disruptions to hit the manufacturing space in years, promising to significantly improve industrial productivity and bring trillions of dollars’ worth of added economic value. But, security has lagged behind technology adoption and if we do not re-think and adopt a new comprehensive security model for connected devices, the value that IoT promises to deliver will just remain that – a promise. However, by implementing the steps above, OEMs and the industry can better prepare for cybersecurity challenges and have more peace of mind when adopting IoT technology.

C&ESAR 2022: share your experience and submit your contributions on the topic ‘How to ensure trust in a decentralized world?’ The program committee of this cybersecurity conference is launching a call for papers until Wednesday, May 25, 2022.