Nvidia Envisions an AI-Enabled Data Center to Power the Metaverse

The Nvidia GTC Fall 2021 virtual event I attended last week highlighted some exciting developments in the field of AI and machine learning, most notably, in new applications for the metaverse. A metaverse is a digital universe created by the convergence of the real world and a virtual world abstracted from virtual reality, augmented reality, and other 3D visual projections. 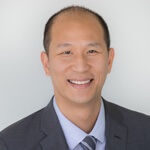 Several leading Cloud service providers recently laid out their visions of the metaverse. Facebook, which changed its name to Meta to align its focus on the metaverse, envisions people working, traveling, and socializing in virtual worlds. Microsoft already offers holograms and mixed-reality on its Microsoft Mesh platform and announced plans to bring holograms and virtual avatars to Microsoft Teams next year. Tencent recently shared its metaverse plan to leverage its strengths in multiplayer gaming on its social media platform.

In order to recreate an accurate virtual representation of the real world, massive amounts of AI training data would need to be acquired, captured, and processed. This would stretch the limits of the compute infrastructure. During GTC, Nvidia highlighted various solutions in three areas that could help pave the way for the proliferation of the metaverse in the near future:

Compute Architecture: During the Q&A session, I asked Nvidia CEO Jensen Huang how the data center would need to evolve to meet the needs of the metaverse. Jensen emphasized that computer vision and graphics and physics simulation would need to converge in a coherent architecture and be scaled out to millions of people. In a sense, this would be a new type of computer, a fusion of various disciplines with the data center as the new unit of computing. In my view, such an architecture would be composed of a large cluster of accelerated servers with multiple GPUs within a network of tightly coupled, general-purpose servers. The servers would run applications and store massive amounts of data. Memory coherent interfaces, such as CXL, NVLink, or their future iterations, offered on x86- and ARM-based platforms, would enable memory sharing across racks and pods. These interfaces would also improve connectivity between CPUs and GPUs, reducing system bottlenecks.

Network Architecture: As the unit of computing continues to scale, new network architectures will need to be developed. During GTC, Nvidia introduced Quantum-2, a networking solution composed of a 400 Gbps InfiniBand and a Bluefield-3 DPU (data processing unit) Smart NIC. This combination will enable high-throughput, low-latency networking in a dense and tightly coupled cluster scaling up to one million nodes needed for metaverse applications. 400 Gbps is the fastest server access speed available today. It could double to 800 Gbps in several years. The ARM processor in the Bluefield DPU could directly access the network interface, bypassing the CPU and benefiting time-sensitive AI workloads. Furthermore, we can expect that these scaled-out computing clusters would be shared across multiple users. With a Smart NIC, such as the Bluefield DPU, layer isolation could be provided among users, thereby enhancing security.

Omniverse: The compute and network infrastructure could only be effectively utilized with a solid software development platform and ecosystem in place. Nvidia’s Omniverse provides the platform to enable developers and enterprises to create and connect virtual worlds for various use cases. During GTC, Jensen described how the Omniverse could be applied to build a digital twin in an automotive factory with the manufacturing process simulated and optimized by AI. This twin would later serve as the blueprint for the physical construct. The range of potential applications ranged from education to healthcare, retail, and beyond.

We are still in the initial developmental stages of the metaverse; the technology build-blocks and ecosystem are still coming together. Furthermore, as we have seen recently with certain social media platforms and the gaming industry, new regulations could emerge to reset the boundaries between the real and virtual worlds. Nevertheless, I believe that the metaverse has the potential to unlock new use cases for both consumers and enterprises and drive investments in data center infrastructure in the Cloud and Enterprise.