Regularly recognized by major publications as one of the most influential people in the security sector, Keith Bloodworth, CEO of CNL Software has been a leading visionary within the security industry for over a decade. As a founding partner of Axis Communications, now leading the move to intelligent IP based solutions, he reviews what was happening in the PSIM world in 2015, primarily looking at the security and facilities market and his market predictions for these markets in 2016. 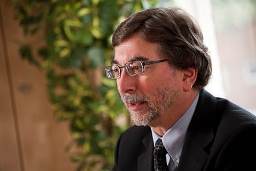 2015 has seen the rise of more terrorist related tension in the Middle East, in Europe and now in the USA. Together with the understanding of having joined up security systems, it is driving up the need for increased situational awareness. Demand by Government agencies and major global cities for large-scale centralized operations to deal with major incidents is growing rapidly. India alone is planning significant unified projects in 80 cities, while Israel, Turkey and China all have ambitious plans for creation of Safe as well as Smart Cities. Information is a key factor in dealing with issues relating not just to terrorism, but also to natural disasters and day-to-day security. Public safety is high on most political agendas and across the Enterprise markets, physical and logical security is becoming a Board level priority.

As the security market continues to grow worldwide, traditional markets such as the US and Western Europe are steadily expanding their capabilities, while newer markets such as China, India and the Middle East are investing at a much faster pace. The new markets are mainly IP based integrated solutions, which has brought about many significant changes, not least of which is a shake-up of the VMS and CCTV camera markets. New product entrants from Asia, China in particular are undermining the traditional camera markets with quality products at lower prices than traditional suppliers.

As a result of margin erosion, hardware for most security applications, is rapidly becoming a commodity. Markets have seen significant consolidation of VMS and camera manufacturers. Following on from Tyco acquiring Exacq and Canon acquiring Milestone, M&A highlights in 2015 include the Hanwha partial acquisition of Samsung Techwin, Canon’s acquisition of Axis Communications, Panasonic acquiring VideoIQ, and most recently Flir’s acquisition of DVTEL. The “old” world order in security is gone and a new set of global players are arriving. These players are causing traditional system integrators to compete, with lower margins and more volume as the new way to do business.

This, in turn, creates new challenges for the System Integrators to be part of the value chain, as they may have to invest heavily in IT skills to meet any IT/IQ way of working. VMS’s are becoming more intelligent, video analytics are now becoming more feasible as clients begin looking for complete solutions rather than individual products. Complex integration of multiple systems, such as VMS and ACS with other sub-systems like perimeter protection, will demand rules based PSIM solutions to manage increasing volumes of disparate to provide better awareness and management of any situation; providing end users with one well-presented and managed Enterprise solution.

CNL Software has had a great year, its fastest growth to date, mainly based on industry recognition for our two most valuable assets, our people and our products. With record order levels, the company is expanding fast in order to manage these levels of sales. Our view is this is not a “blip”, but a trend as we are also seeing the highest level of bids and tenders where PSIM is a named component of a mission critical or Enterprise security solution. So much so, we are ramping up our pre-sales capabilities in all regions order to support our channel partners.

With new offices in the UAE and the US, these regions have been the catalysts for our most significant growth since inception. Our Center of Excellence based in Masdar City, Abu Dhabi is the largest, most complete, full service team of any PSIM vendor in the region and is still growing rapidly to meet the rising demand for our software in the GCC region. CNL Software’s US office, based in Ashburn, Virginia has also been awarded several large wins in the North American market. This office is based in the Washington DC region and has partners for the homeland defense/state security markets as well as Fortune 100 end users who have moved or are moving to large scale, Enterprise wide, integrated solutions.

Looking forward into 2016, we are seeing greater investment in technology to overcome spending cuts in manpower, particularly in large scale homeland security, state, Government and Police security operations. Strategic partnerships will be a key driver as the public and private sector work ever closer to identify threats, report them and provide their security infrastructure to resolve them. Simply put, most local Governments do not have the financial resources to tackle problems alone so public/private initiatives will have to grow.

Closing the Gaps within Intelligence Security Management - With the continually increasing diversity of security threats across the globe, 2016 will see the emergence of closer integration between all systems within the security disciplines that make up intelligence security management. The lack of deep end-to-end integration between the systems driving the Physical, Personnel, Communications, Information systems, Security Classification and Operations Security disciplines highlights the need to challenge the mantra of Situational Awareness and accelerate the demand for Situational Intelligence through integrations focused on empowering counterintelligence techniques in preventing situations from occurring or at least providing effective early warning signals.

IT/Hybrid Channel Partners Entering the Market – These will become more prevalent in 2016 and will get their revenues from consulting, software sales and some PSIM implementation. These are more likely to be regional than global to start with, but they represent a new breed of IT/IQ suppliers who are increasingly attractive to end users looking for value based solutions. We are also seeing activities from global IT/Hybrid players like Atos, KPMG, Wipro, Microsoft, IBM and Accenture.

IT Vendors Enter the Market – Large IT vendors will be participants in the security market. This year we have seen activities from Hitachi, Adobe, Oracle, Dell/EMC, HP and Symantec. These are being sold at very high levels within the Enterprise and on a global scale, furthering our belief that the big SI’s of the IT market will also soon be entering the security market, linking it to logical security solutions in a one throat to choke basis. Our view is that the more traditional hardware based System Integrators will do the installs (and have the ongoing maintenance), but the complex integration will migrate to expert service partners.

3D Mapping – This has been on the wish list of lots of organizations for some time, but budgets and uncertainty on its usability have limited its growth until now. 2016 will see this change as its adoption increases, bringing costs down and simplifying its delivery process. In the near future, 3D will become an affordable viewing platform, but it is not a silver bullet, more of an emerging technology. For the near future, 3D will be for viewing and 2D will be used for visualization of the situational response plans.

Camera Analytics – Video analytics and the need for video analytics is growing again. What is different, however, is that there will be a number of absolute industry specialists, like ASV in France for example, who only provide camera analytics for maritime-based needs. CNL Software are also seeing a rise in the requirement for camera analytics connected via PSIM for example in “tag and track” applications. As it requires deep integration with the analytics providers, this is going to separate the real PSIM players from the VMS based entry level PSIMs.

Federated Systems – Homeland defense, corporate security, government buildings and mass transit security all vary in the technology they deploy and the challenges they face, but they all have the requirement for escalation procedures and the need for centralized control of processes. This fast growing segment is where we have seen several of our largest orders this year and are generally referred to as “one to many and/or many to one”. Typically, the development of the responses to alerts/alarms will be done at the center and then distributed out to the remote locations. The entire network of control rooms can have the ability to operate as discrete systems, but can communicate to the center when required. CNL Software are specialists in the Global Security Operations Center (GSOC), an area of PSIM that requires real scale and focus.

Safe Cities – This is another fast growing segment and will include capabilities for:

Internet of Things (IoT) – Prepare for lots of hype around IoT but it is something that is on its way; most people, however, are still not sure what that will be and how it will affect the security industry. CNL Software has joined the IoT Security Foundation and expect that we and others, will be attaching leading SIEM products to ensure the device layers are not providing an attack surface. When the new hybrid channels begin working with large-scale corporates and start processing data held in the Scada systems, security and facilities will change from a facilities operation to a business intelligence must have.

Scale – Lastly, prepare for scale. Projects are getting larger and larger as they spill over from semi military to homeland security. PSIM is growing in size and complexity and this will be more visible in 2016.