Recent world events—especially the COVID-19 epidemic and the subsequent global adoption work from anywhere (WFA)—have made network reliability and visibility more important than ever. This massive disruption has highlighted a fact that was becoming abundantly clear even before the pandemic hit—that achieving network reliability and visibility depends on the core network services that make all modern networking possible: DNS, DHCP and IP address management (DDI). According to a Dimensional Research 2019 study, almost every business suffers network interruptions. Three-fourths of them experience these several times a year. For many organizations, these network disruptions can be traced to out-of-date and inadequate DDI services. 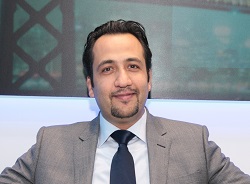 IT teams are realizing that core networking services are more important than ever for organizations that expect to not just survive but also thrive in this new era. For many, this is prompting renewed scrutiny of existing resources and a move toward modern DDI services.

The Heart of Networking: Core Network Services DNS, DHCP and IP address management (collectively known as DDI) play a central role in every network interaction. Here’s a brief look at each component.

DNS (Domain Name System) - The Domain Name System is the starting point for all network interactions. It translates domain names meaningful to humans into the numerical identifiers associated with networking equipment to locate and address these devices worldwide.

IPAM (Internet Protocol Address Management) - IPAM is the administration of DNS and DHCP, which are the network services that assign and resolve IP addresses to machines in a TCP/IP network.

Visibility, automation and control are the key attributes—the framework and the overarching goals—that organizations need to keep in mind as they seek to optimize and secure their networks for new WFH realities. But what are the specific underlying elements and capabilities that will enable them to achieve these ends? Here’s a closer look at the DDI essentials to consider for a robust networking infrastructure.

Centralized Authoritative IPAM Database - A centralized and authoritative IPAM database acts as a single source of truth for all the network-connected assets within the organization. It empowers IT teams with network discovery and optimum use of resources. Advanced IPAM solutions include this single-source of truth capability, which plays a key role in network optimization.

Integrated DDI Management - Traditional systems such as BIND/DHCP, Microsoft DNS/DHCP and spreadsheets do not adequately address the needs of a modern network. Integrating IPAM with DNS is crucial to keeping both systems accurate and synchronized. When a new device is deployed on a network, the assignment of an IP address comes first, usually followed immediately by a request to add the host to DNS. By integrating DNS and IPAM, this process becomes a single step—the DNS record is created at the same time as the IP assignment. Integrated DDI extends beyond protocol services such as single-point data entry, accurate address assignment, inter-system data federation, inventory tracking, change control delegation and name resolution. As organizational networks evolve, integrated DDI services become the essential networking technology to link branch offices, remote workers, mobile devices, the cloud and more.

Support for Virtual SDN - While the transition to software-defined networking (SDN) comes with some noted benefits such as mobility and flexibility, if it is not supported by equally competent DDI, it can be challenging for a business to function after the transition. The biggest of these challenges involve uninterrupted networking and robust security.

Support for IPv6 Adoption - The IPv6 migration has been underway for several years now, yet many organizations have yet to make the full transition from IPv4 onto the new standard. IPv6 provides a vast abundance of IP addresses needed for the billions of smartphones, wearables and IoT devices coming online. However, many organizations are still lagging behind when it comes to having a DDI infrastructure in place to support IPv6. As a consequence, they risk losing communication, revenue and customers if they don’t plan for IPv6 adoption now. By analyzing all the DNS mapping of network infrastructure, organizations can understand whether they can immediately shift to IPv6 or have some critical network dependencies that need IPv4 support. When organizations select a DDI network partner, they should check whether it provides dual support for IPv4 and IPv6.

DNS Security - DNS is the foundation of every network conversation and also the first target for the majority of network cyberattacks. DDI has traditionally been regarded as a means to simplify and automate network management while provisioning and integrating other cloud orchestration systems. But as DNS security has come to the forefront for organizations, it’s now become a top priority that DDI solutions also provide smart DNS security.

Reporting and Analytics - The components of modern DDI services furnish invaluable data for networking teams. This data helps in keeping an eye on network operations, endpoint usage and vulnerabilities that can have negative impacts—thus alerting networking professionals of upcoming attacks or failures that could lead to network outage. Modern DDI platforms provide pre-built and customizable reporting tools that help networking teams in multiple crucial ways. Gauging application running status, security threats and resource utilization in a timely and orderly manner are just a few of the benefits these tools supply.

Cloud-Managed DDI Is the Future

The beauty and core value of the cloud are that it frees the organization—and the IT team— from the day-to-day chores required to maintain the machines, devices and appliances that support data processing, storage and networking. Cloud-managed DDI makes life easier for the network administrator and business operators by solving many of the biggest challenges of modern networking. At the core of the cloud-managed DDI evolution lies the need for a reliable and straightforward computing experience anywhere and at any scale. A DDI solution that is cloud native and uses software-defined architecture for core network services such as DNS, DHCP and IP address management is the best fit for organizations interested in complete cloud migration in the near future. It helps deliver a uniform customer experience, paving the way for SD-WAN and IoT adoption, both of which are on a steep upward trend.

Although many organizations firmly believe that the cloud is the future, they are not always ready to migrate their entire data center to the cloud at once for various reasons. Head office data security, network output and the IT team’s preference for bare metal over virtual infrastructure are few of these reasons. In such scenarios, on-premises DDI solutions already integrated with virtualization platforms such as VMware or Microsoft Azure provide the needed feasibility with a unified DDI approach.

Key verticals as telecom and IT, banking, financial services, insurance, government and defense, healthcare and life sciences, education, retail and manufacturing have shown tremendous commitment to modernizing their DDI infrastructure. This modernization is possible with advanced DDI capabilities achieved by edge computing, distributed cloud data centers, virtualization and cloud applications. On-premises DDI is likely to continue to be the first choice among enterprises where security and control are the highest priorities. Yet as cloud and unified DDI approaches continue to close the gap in performance, security and manageability, these options will become increasingly attractive to IT decision makers.