With the influx of high profile digital data breaches in the past year, businesses and consumers alike have grown increasingly concerned over the amount of sensitive personal information at risk during online and mobile transactions. As attacks and fraud rapidly evolve and put hundreds of millions of consumers’ identities at risk, the market is seeing swift adoption of solutions to address these growing security issues. A new MarketsandMarkets(1) report predicts the global identity and access management market will be worth $18.3B by 2019 and, according to findings from a recent CrunchBase poll(2), identity management was identified as the industry expected to see the greatest growth in 2015, at a large margin of more than four to one over other burgeoning industries in the survey. 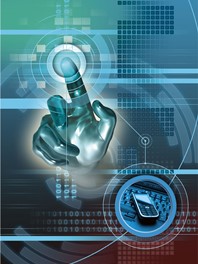 "The frequency of security breaches and surge in related trends, like identity theft, have increased awareness of more effective methods of online authentication and identity management," said Daniel Mattes, founder and CEO of Jumio. "While consumers previously may have been willing to accept a certain degree of risk when it came to online and mobile transactions, we’re at a tipping point at which companies need to go to greater lengths to protect their customers or risk losing their business as the users themselves demand more security."

Fraud is increasing not only in prevalence but also in expense to merchants as well — merchants paid more per dollar of fraud in 2014 ($3.08) than they did in 2013 ($2.79), driven by the increased adoption of self-service and mobile transactions. Not only are mobile transactions more susceptible to fraud, mobile-channel fraud costs merchants more than any other channel — $3.34 per dollar of fraud losses compared with "other" channels (including mail and telephone).(3)

In addition to, and as a result of, recent security violations, new kinds of fraud built from stolen data have also emerged, making it even more difficult to verify identities through traditional means of authentication, further driving the growing identity management market to the forefront. According to Javelin Research(4), someone whose information is revealed as part of an online data breach becomes 9.5 times more likely to have their identity stolen.

Synthetic identity fraud, which can use stolen data to falsify identities, is on the rise as hackers can use data exposed during a breach — from passwords to card numbers — to create new identities. Synthetic identity theft now accounts for nearly 85% of the more than 16 million ID thefts in the U.S. each year finds the Federal Trade Commission.(5) These sophisticated schemes that grow increasingly harder to combat with traditional means of identity verification have left the market ripe for third-party vendors and solutions.

"I think it’s clear there’s a lot more interest these days in delivering identity management as a service because it’s a lot less complex," said Garrett Bekker, senior analyst with 451 Research, in a recent interview. "You can hand off a lot of the complexity to the service provider and you don’t have to deal with it."