UK biometric experts, OmniPerception, have rejected claims made in new US research that face recognition technology threatens to undermine privacy. The American studies, unveiled last Thursday (August 4th) at the Black Hat security conference in Las Vegas, suggest that face recognition technology has now improved so much that its accuracy threatens privacy in a big way. 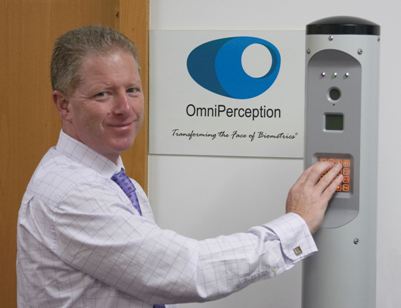 However, British biometric experts OmniPerception Limited have de-bunked the research as scare-mongering and leapt to the defence of good face recognition technology, properly applied.

American researchers Alessandro Acquisti, Ralph Gross and Fred Stutzman, all at the Carnegie Mellon University, ran a series of experiments they reported as showing that three converging technologies including face recognition are undermining the privacy that individuals ought to be able to expect on the internet.

“People across the World have been approaching each other with their faces in full view for thousands of years. Civilisation has been built on the interactions and mutual trust of people who know and recognise each other and co-operate accordingly” said Stewart Hefferman, CEO of OmniPerception.

“It’s not usually when we recognise people that we feel most vulnerable. It’s when we see balaclavas, hoodies or masks that we know we probably need to watch out. This modern obsession with face recognition as the enemy of privacy is a spurious and thoroughly unhelpful phenomenon.”

Dr Hefferman emphasised that face recognition technology itself does not undermine privacy, any more than people recognising each other in the street or at a party. He welcomed the researchers’ findings that modern face recognition technology is now much more accurate than the versions available a few years ago. He also readily agrees that, like many good and useful technologies in modern life, it could be open to abuse by people using it for unscrupulous purposes. Against the popular, but, he claims, spurious notion that this is somehow the fault of the technology itself, he argues emphatically that it’s not.

“The research is misleading in that it blames the technology for undermining privacy when really it should be focussing on how the technology is being used and on the people who are using or abusing it,” said Dr Hefferman. “Face recognition technology itself is sound” he continued. “Properly used, it’s absolutely non-threatening; and delivers huge benefits - improving safety and security in many areas of modern life. More secure identity management has an important part to play in fraud prevention, protection against identity theft and the defence of sensitive and vulnerable places and premises.”

OmniPerception works with many satisfied clients, in banking, airport security, the police; all of them delighted with how face recognition technology gives a positive personal ID that’s protected from fraud and hacking.

Our face recognition solutions are helping to protect personal identities and to control access to potentially vulnerable areas, speedily and conveniently in a user-friendly way that no other secure biometric can achieve.”

Dr Hefferman said he was concerned that the American researchers are painting face recognition technology in an adverse light at a time when the industry is working hard delivering good effective products and investing in further development.

“We need to go on investing in the benefits of modern face recognition technology” said Hefferman “if we are to bring it ever more effectively to bear in the global battle against terrorism, in fraud prevention and in protecting the safety and security of the public at large.”