BeyondTrust unveiled the results of its Federal Cyber-Security Threat Survey Report 2017. Based on a comprehensive survey of senior Federal IT professionals, the study exposes an aging Federal computing infrastructure which has led to an environment with an alarmingly high risk of breaches. 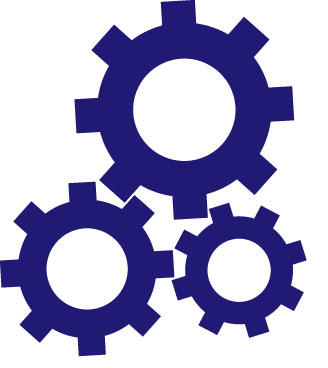 105 senior IT professionals working for federal agencies were asked about their computing infrastructure, security, breaches and IT modernization. A summary of the findings is included below.

Aging infrastructure is not just a problem in theory; aging infrastructure makes federal systems more vulnerable to attack, which has led to an environment that could be rife for breaches.
• 42 percent have experienced a data breach within the past 6 months.
• A staggering one in eight has experienced a data breach within the past 30 days.
• Put another way, the typical federal IT system experiences one breach every 347 days.
• Respondents report that the typical data breach costs more than $91,000.
• The total cost due for data breaches is $637 million every year.
• The most frequently reported costs include loss of productivity, loss of reputation and pure monetary damages.

We asked respondents what tools were most important to them in terms of securing their information environment. Here they ranked privileged access management and vulnerability patching as most important. This is significant as these technologies restrict user privileges and close off security weaknesses in systems. Yet, despite understanding the importance of such measures, most (56 percent) use alternate solutions to manage privileged passwords and nearly two-thirds (63 percent) report less than fully mature vulnerability remediation programs. In fact, 6 percent have NO remediation plan, and another 14 percent do only the bare minimum required by compliance mandates.

The BeyondTrust 2017 US federal government study points to four best practices that any agency can implement.

• Manage privileged credentials with greater discipline, eliminate administrator rights and enforce least privilege
Thirty percent of respondents believe that insider threats pose a significant threat and 35 percent believe their users have more privileges than are required. To mitigate insider threats and the exploitation of privileges, adopt a least privilege model by removing admin rights from users and storing all privileged credentials in a secure safe. Known escalation attacks have been around for years and are still being used. These attacks require local administrator rights. It’s not just about insiders. Enforcing least privilege prevents lateral movement within an organization if a breach does occur.

• Isolate Legacy Systems to reduce attack surfaces
Modernization of federal IT infrastructure is a priority for most survey respondents, but realistically this will not happen quickly. These aging systems have known risks. Reduce the attack surface by isolating legacy systems. Segment these systems to force all traffic through a proxy to reduce attack vectors. Deploy an automated password and session management solution that provides secure access control, auditing, alerting and recording for any privileged account. This will provide segmented access to critical systems, manage passwords, and monitor when tasks and operations are committed to a managed system.

• Improve the maturity of vulnerability management through automated patching
Even in today’s sophisticated threat landscape, the majority of attacks target known vulnerabilities that can be easily patched. Effective patch management goes a long way in reducing a network’s overall attack surface. To be truly effective, patch management requires intelligent prioritization and broad coverage for common business applications. To improve the efficiency and effectiveness of an agency patch process deploy a solution that provides integrated, automated patching. Implementing a solution that delivers analytics and trending across the threat lifecycle for multi-dimensional reports on assets, vulnerabilities, attacks and remediation allows prioritized patch management based or risk profile.

“The federal government is moving to modernize its aging infrastructure,” said Kevin Hickey, President and CEO at BeyondTrust. “But that takes time, and in the meantime, federal systems face a real risk. These are simple steps IT can take today to help mitigate that risk.”