A10 Networks announced that Dhrupad Trivedi has agreed to join the company as its new President and Chief Executive Officer, effective December 2, 2019. Lee Chen, who founded A10 Networks in 2004 and has served as CEO since inception, will continue to be actively involved with the company to ensure a smooth leadership transition, and will continue as chairman of the A10 Networks Board of Directors. 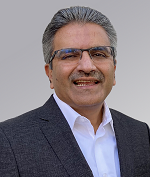 Dr. Trivedi joins A10 Networks from Belden, where he most recently was Executive Vice President running Tripwire, a cybersecurity software business and CTO of Belden. Prior to this, he held other executive roles at Belden, including President of Belden’s Network Solutions Division; Vice President of Corporate Strategy and Development, leading the company’s M&A activities; and starting in Belden as President of Trapeze Networks. Prior to joining Belden, Trivedi held executive roles at JDS Uniphase Corporation from 1998 through 2010.

The company has committed to appoint Trivedi to its board of directors within 30 days of his joining the Company. The company’s letter agreement with VIEX Capital Advisors and its affiliates, in which the company had agreed to fix the size of the Board at six, has been amended to permit increasing the board to seven members until the company’s 2020 annual meeting of shareholders. Pursuant to the amended agreement, the company has also agreed to re-nominate directors Eric Singer and Tor R. Braham for election at the 2020 annual meeting, and VIEX Capital Advisors’ right to identify, and A10 Networks agreement to appoint within 15 days thereafter, an additional director to the Board, with Phillip J. Salsbury agreeing to resign from the Board in such event, has been extended for an additional year.

The Company further announced that the Strategy Committee of the Board of Directors continues to evaluate steps to maximize shareholder value.